NEXT SHOW LIVE ON AIR

The listeners always say it was a great show. Has there ever been a bad show?

Great show as always Basil, you and yours have a happy and peaceful weekend.

Love it Basil and Tina

Hey Basil, a happy howling day to you and to all listeners!

The listeners always say it was a great show. Has there ever been a bad show?

Great show as always Basil, you and yours have a happy and peaceful weekend.

Love it Basil and Tina

Hey Basil, a happy howling day to you and to all listeners!

If you like our broadcast, please show your appreciation by donating a small amount to your favorate radio station. Thank you very much for your support.

2020 - VideoSpecial - Through the time on Sky paths

Join Basil Wolfrhine on an amazing musical journey through the time on sky paths. He will accompany you on an exciting discovery of the past. A time travel to a more than 4,000-year-old cult site at the end of the Stone Age and the beginning of the Bronze Age. To a wooden Henge, named 'The ring sanctuary of Pömmelte'.

Then he will travel with you much further back in time to another place where people set up an observatory 7000 years ago. To a wooden henge, named 'Goseck Solar Observatory'.

From this Goseck, he will time travel with you, to the Mittelberg hill not far away, where they found the legendary sky disc of Nebra.

On Thursday, June 4th, 2020, Tina & Basil Wolfrhine released their brand new song 'Through the time on Sky Paths' worldwide with their music video on SchottenTV.

Far from their usual Celtic influences, they present with this work, a mystical journey through the time on sky paths from the stone age till modern times on the trail of the legendary Sky disc of Nebra.

Basil Wolfrhine has composed the song and written the lyrics by himself, after he walked the sky paths to these amazing places of history in the east of Germany.

Listen: Through the time on Sky paths

A big Thanks to our photographer Gabi Hammann!

THE RING SANCTUARY OF PÖMMELTE

Basil Wolfrhine visited the amazing Pömmelte Woodhenge, South of Magdeburg near the village of Pömmelte in Germany. In size, structure, and function the Pömmelte Woodhenge resembled the English Stonehenge. At Pömmelte, however, the architecture was not made from large stones but thousands of wooden posts.

In th 1990s, archaeologists discovered the remains of a more than 4,000-year-old cult site not far from the river Elbe and reconstructed the circular ditched enclosure at its original location.

After the exploring of the mystical henge Basil left an amulet, for the next generations!

THE WOODEN HENGE OF GOSECK

The solar observatory was discovered by an air survey in 1991 and in 2005 it was scientifically reconstructed on its original site. It consists of an almost fully circular ditch and two concentric rings of palisades. Three cheek-shaped portals point towards the north, the south-east and the south-west and serve as aims for the observation of the sun at the winter solstice.

Basil visited this mystical henge and noticed the conection to the mystical Nebra sky disk, witch is found not far away from this area, near the village Nebra.

After Basil left an amulet, for the next generations, he went to Nebra, to find the roots of the the mystical Nebra sky disk. But this is a different story and should be told another time.

THE DISCOVERY PLACE OF THE SKY DISC OF NEBRA

Basil visited the discovery place of the amazing Nebra Sky Disc. This place, named "Himmelsauge", Sky eye, connects sky and earth exactly at the location at which the image of the sky lay undetected in the ground for 3.600 years.

The disc dates back to the Bronze Age and is thought to be the world's oldest obvious depiction of the cosmos. In June 2013 it was included in the UNESCO Memory of the World Register and termed "one of the most important archaeological finds of the twentieth century."

A vertical section divides the building and marks the viewing axis to the “Harz massif”, a mountainous area, with the mountain Brocken. Also today it can still be observed, how the sun goes down behind this prominent landmark at the summer solstice, the longest day of the year.

After the exploring of the mystical henge Basil left an amulet, for the next generations! 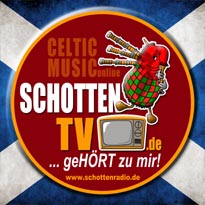